For the past two years, I have been engaged in a personal project to collect firsthand accounts of the Nigerian Civil War (AKA Nigerian Biafran War or the Biafran War). I started this project because I wanted to learn more about this crucial moment of history, which affected my family and millions of others. I also wanted to allow the people who lived through it to speak and to have their words documented. The war began in 1967 and the ones with solid memories of it are at least 57 years old or so. I have a GoFundMe to help further finance the project, which caught the eye of an editor at CNN. The editor asked me to write a piece about what inspired me to create the Biafran War Memories digital archive. I wrote something up and it was published last week on CNN’s website. Here it is.

Fifty-one years ago today, a political decision changed the course of my life and I hadn’t even been born yet when it was made.

After several bouts of ethnic hostilities in Nigeria during which thousands of Igbo people were murdered and chased out of cities, back to their ancestral communities in southeastern Nigeria, leaders from the southeast declared on May 30, 1967 that the region would breakaway from Nigeria and form the Republic of Biafra.

The land of my birth- southeastern Nigeria- collapsed into a battlefield: Nigeria versus Biafra. Most of the Biafrans were like me, Igbo. 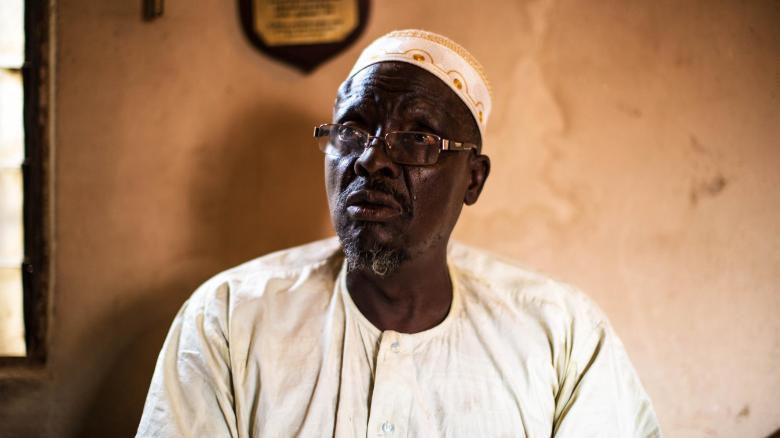 Bala Mohammed, a Nigerian soldier who recounted his experiences fighting against Biafra for the Nigerian army. Photo by Chika Oduah

My mother, an Igbo woman, was a six-year-old child when she ran away from a city in central Nigeria where Igbo people were being “slaughtered like chickens,” as my grandmother told me. Mom journeyed with her mother and siblings from one town to the next, fleeing Nigerian soldiers. She ended up in a camp where children died of malnutrition everyday. My father, also Igbo, didn’t run. He stayed in his village, a hamlet nestled in a dense forest resting on the bank of the Niger River. It became a refuge of hundreds of Igbo families who had nowhere else to go.

No one knows how many people died in the war and the Nigerian government has never presented an official death toll of it. Neither has the United Nations but estimates range from one to three million. Relatives I never knew disappeared and no one held funerals for them. 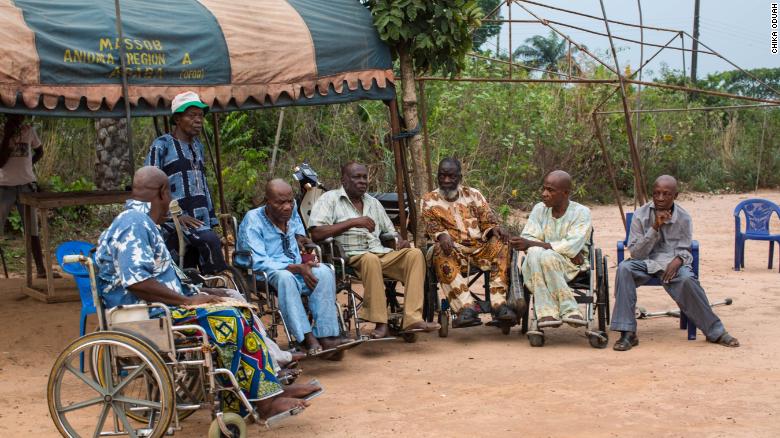 Today, my mother can’t stand cramped, windowless spaces, like small elevators or an MRI machine. In them, her heart pumps faster and she feels like the walls are falling on top of her. She thinks she’s now claustrophobic because of the underground bunker she and her family had to stay in to hide from the frequent shelling during the war.

If the war hadn’t happened, my father wouldn’t have permanently left Nigeria.

This week, I asked him why never went back to live and he told me, “The war was an eye-opener to us, Igbo people, of our position in Nigeria as third-class citizens, even up ‘til now.”

After the war, dad had applied for bank jobs in Nigeria but was always told that though he was qualified for them, he couldn’t get them because he is Igbo. So he moved to America.

Today is Biafra Day, a day when some Igbo people remember the declaration of the Republic of Biafra. In recent years, this day has become violent as pro-Biafran activists come face-to-face with Nigerian security forces. Amnesty International said 150 activists died on Biafra Day in 2016.

The Nigerian Biafran War is a controversial history that many are still unwilling to talk about and if you do talk about it, you could be seen as unpatriotic, especially if you’re Igbo.

I grew up in the United States with absolutely no knowledge of this war, until one afternoon when my mother and I were in the kitchen of our home in a suburb in Atlanta.

My mother said she used to be a refugee and it was the way she said it that stayed with me. It was her anguished description of a time that I could not understand that drove me to try to understand it. I was a teenager and I was left wondering what she was talking about. Refugee? How? When?

My biggest question was this: Why did I not even know about this war, the first televised war in history…a war that even provoked Apple co-founder Steve Jobs to question the existence of God? Why did it take a random afternoon chat with my mom in an American suburb for me to find out?

Years later, I learned the answer. 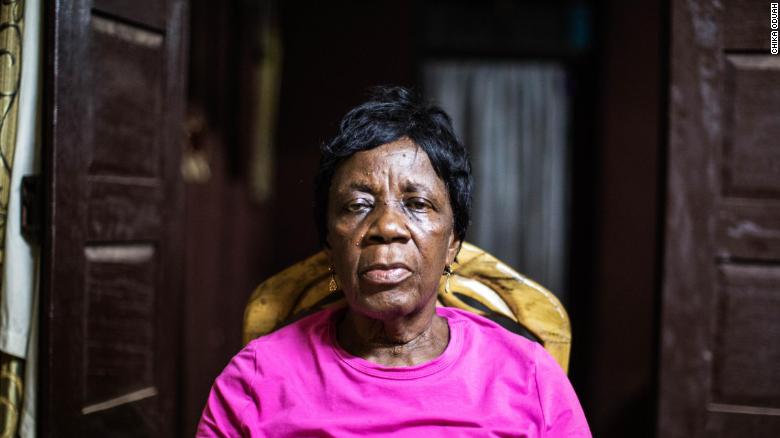 My grandmother, Theresa Nsionu, told me about how she ran from town to town with her children to escape the violence during the Nigerian Civil War. Photo by Chika Oduah

I grew up in Atlanta, Georgia as the firstborn of Nigerian parents. In my quest to formulate my identity, I carried kente tote bags to school and wrapped my hair in head ties like the American soul singer Erykah Badu. Nigger, go back to Africa, African-booty-scratcher, do Africans live in trees? I heard it all in school and brushed the ignorance off like it was dust on my shoulder.

I grew up with a longing for knowledge about the African continent, but in school, there wasn’t much beyond the Egyptian pyramids, the trans-Atlantic slave trade and King Shaka Zulu.

That’s about it. A continent with pre-human bones dating back seven million years, where early societies developed agricultural and engineering techniques still being used today, a land of about two thousands languages and countless spiritual traditions was reduced to scanty paragraphs in a Houghton Mifflin Harcourt textbook.

I soon observed that in the schools I attended, Africa was mostly ignored and scorned. When I pressed my teachers more about the history of African countries, they’d recommend books written by Westerners.

That’s when it clicked. I got the answer I had been searching for. History is political, because it’s about power and the victor, the conquered and the conqueror, the “savage” and the “civilized” and in the telling of Africa’s history, “savages” and losers don’t write history so the names of many philanthropists, teachers, healers, artists, activists, scientists, creators, queens and kings of societies in Africa have ceased to exist. Victims of war don’t get to write the paragraph in the textbooks.

Massacres have been erased from timelines. Between 1904 and 1908, thousands of tortured Herero and Nama peoples in present-day Namibia fell at the hands of German troops in what has been described as the first genocide of the 20th century. None of this is taught in the schools I went to, but I learned about another genocide: the Jewish Holocaust.

Beyond Biafra, there are so many moments of history in Africa that need more documentation by Africans to capture the way people experienced them.

I’ve begun asking the elderly about the Nigerian Biafran War. I sit down and ask them questions on camera. I listen to them talk about eating rats and dropping bombs on marketplaces. Then, I upload the interviews online on a digital archive that I created in 2017 called Biafran War Memories.

Ever heard of Benin City?

Rwanda is More Than a Post-Genocide Nation

First Genocide In The 20th Century

The Afro-German Experience Under Hitler

Free To Give Thanks